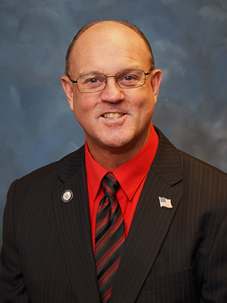 With 40 people now hospitalized, the hospitalization rate for Albany County stands at 8.8%. Thirteen of those individuals are now in Intensive Care Units (ICU).

County Executive McCoy also reminds everyone that the Albany County Rail Trail is open but to remember to keep everyone safe, people must follow the CDC guidelines to protect yourself and others by staying six feet apart.

Citing recent studies that demonstrate many people who are carrying COVID-19 do not showing any symptoms, the New York State Department of Health has issued new guidance that supports the use of “cloth face coverings” when out in public and social distancing can be difficult. That includes in essential business places like grocery stores, pharmacies and hardware stores. Coverings should fit tightly across an individual’s face and cover their nose and mouth.

For those who are experiencing stress, anxiety or even depression during the ongoing COVID-19 crisis, County Executive McCoy also announced that the County Mental Health Support Line has expanded its hours and is now available seven days a week from 8am to 8pm. Residents can access that line at (518) 269-6634. The County Executive is also offering videos on coping, AAU martial arts, exercise and more. Anyone experiencing a psychiatric emergency should still call the Albany County Mobile Crisis Team at (518) 549–6500.

Daily briefings are recorded and may be seen with slides on AlbanyCounty.com, the County’s Facebook page, public access channels—Open Stage Media in Schenectady and Channel Albany in the city of Albany and on Capitol OTB—Channel 1250 Spectrum and Channel 467 on Fios.

For all COVID-19 questions and concerns, residents are encouraged to use United Way’s 2-1-1 hotline as well as the State Department of Health’s hot line at 888-364-3065.

While the County Clerk's offices are closed to the public, please remember that we offer e-recording  in addition to US Mail.  Thank you for your understanding!

Literally, hundreds of millions of pages of documents are on file or recorded in this office.

We are working to place even more of our records online to make your access to our records a much easier task. Deeds and mortgages from this website and naturalization records from the Albany County Hall of Records are just a couple of examples.

We look forward to your electronic visit to the Albany County Clerk’s office and we also hope you will have the opportunity to stop in at our office in person.

What Do County Clerks Do?

County Clerks in New York State have varied duties. All sixty-two (62) Clerks are clerks of their respective Supreme Courts and County Courts (although since the 1977 takeover of most local courts by the State of New York, the County Clerk's role is primarily that of record-keeper.) Outside of New York City's five counties, all County Clerks are elected for a four year term and are also the land records recorders for their respective counties.

Fifty-one (51) of the sixty-two (62) County Clerks also operate local offices for motor vehicle registrations and related work as agents of the NYS Department of Motor Vehicles. County Clerks in the many smaller counties are also Commissioners of Jurors in their counties, and other possible County Clerk duties range from Records Management and Public Information to Pistol Permit issuance and Passport Application acceptance. In New York State, County Clerks are not generally involved in the administration of elections.

The Albany County Hall of Records preserves County records dating back to the Dutch Colonial days. The Hall of records also assists our County and city agencies in managing over 105,000 cubic feet of inactive records. With advanced technology this office handles more and more tasks online. Deed and Mortgage records recorded since 1980 are available online. Also, an increased number of court cases are being filed electronically rather than on paper. In 2015 the Albany County Clerk’s Office received 1625 e-filed cases. To view these files, go to www.nycourts.gov/efile.

Some Things We Don’t Do

Our office does not hold birth, death and marriage records.

In New York these vital records are kept by the City or Town Clerk where the birth or death occurred. A copy of a marriage license may be obtained in the City, Town or Village where the couple originally obtained the license. The actual marriage ceremony may have taken place in another municipality. Copies of birth, death and marriage records may also be obtained from the NYS Department of Health Vital Records Division. If you need their assistance the website address is www.health.ny.gov/vital_records. The Albany County Clerk does keep divorce records on file if the divorce was granted in Albany County. The divorce records are a part of the Albany County Court proceedings which is why they are kept in the Clerk’s Office.

The Clerk’s Office doesn’t have the statutory authority or an attorney on staff to provide any type of legal advice.

We don't send out lists of records.

The Albany County Clerk’s records are public records. However, Credit Bureaus send their staff here to look at these records and newspapers send reporters to look at recent deeds. DBAs and pending foreclosures also attract a lot of attention. The County Clerk’s Office has no control over what Credit Bureaus and newspapers or any other agencies decide what to do with the records they find here. For example, if a Credit Bureau worker mistakenly confused your name with someone else’s regarding a record on file here, you must contact that credit bureau in order to have them correct their mistake.

While we are not presently able to accept recordings, filings, or requests by e-mail, your comments and questions are always welcome!

From North of Albany

From West of Albany

Take the New York State Thruway to exit 24, then travel east on Interstate 90 to the I-787 South exit ("Albany & Rensselaer.") Proceed south on I-787 to Exit 4B ("Clinton Avenue.") Then see details below.

From South of Albany

From East of Albany

You may park in the public parking garage on your left, or go one block further up Pine Street and then turn right onto Eagle Street towards the County Court House, and find a parking space. You will need quarters for the parking meters (5 quarters per hour.) The only public entrance to the County Court House is at the Lodge Street end of the building at present.  The Court House is a secure building, so you will need to pass through metal detectors to enter. No weapons of any kind are allowed inside.